Welcome to Woudvrouw
For those of you who don't know me or my workshops, here is a little introduction.

My name is Karen Verbeeck and since 2019, I've been creating and conducting “nature
workshops” with children aged between 3 and 12yrs.
With Australian/Belgian roots, I was born in Belgium but grew up in Melbourne, Australia.
This is also the reason why I often post my stories in English.
I studied Textile Design at university in Melbourne, Australia and worked for several years as
a designer.
In my late-twenties, I decided to make a career change as I wanted to grow and meet other
challenges which offered more contact with people, especially children. I worked for several
years at international schools in various administrative roles.
Added to this, I am also a mum of two boys aged 10 and 13. They bring me tremendous joy
but also many heartaches, especially when it comes to development and learning.
Between them, they have been diagnosed with various learning difficulties, such
as dyscalculia, ADD (Attention Deficit Disorder) and autism. These can be quiet challenging
at times.
In 2017-18, I became increasingly aware and concerned about how children, including my
own, were obsessed with screen time for both learning and recreational purposes.
I watched children around me be frightened of insects, refuse to play outside, climb trees,
or even get their hands dirty.

In the last few years, society has been constantly reminded to protect our environment and
change the way we eat, live, educate, and interact with the world around us.
I’m noticing that there is a lot of focus on teaching adults to be more environmentally
conscientious, but there appears to be less emphasis on this aspect for children.
In many schools, the curriculum focuses traditionally more on academic achievements such
as maths and language, which are important, but there appears to be less attention given to
physical movement and creativity.
If we are planning to preserve what we have, then we need to make sure that we teach our
children to “see, feel and learn” about the natural world around us. There are so many
things that even the youngest children can do in this respect.
So, with these three words, I started building on the concept of WoudVrouw.
I have therefore created my workshops so that they are split into three parts…. see, feel,
and learn. Subsequently children are actually building on a whole range of skills and
knowledge without consciously knowing it.
After 18 months of trying out the concept, the structure seems to work for both the children
and their parents. They leave the workshops with a more basic knowledge of nature and a
positive outdoor experience. We see many families returning, which is a good sign. 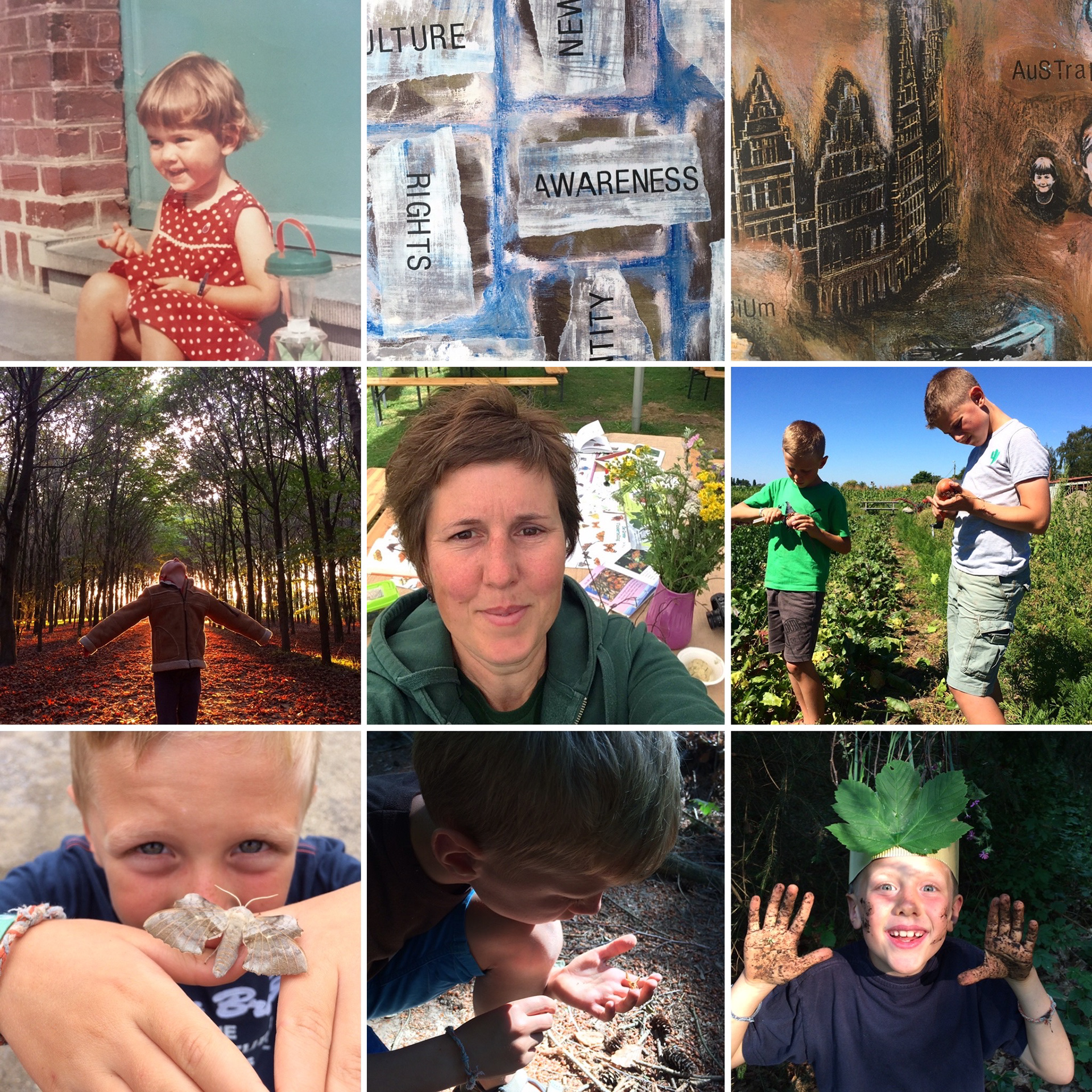